JWA was commissioned to design a scheme for the refurbishment of the interior of this important listed  building which dates from 1805.

Listed building consent was sought, negotiated and granted for a round of internal structural alterations, mostly ‘unpicking’ poorly conceived twentieth century subdivisions in order to reveal the original majesty and proportions of the rooms, resulting in a six bedroom layout served with a number of refurbished bathrooms.  A ground source heat pump was installed to provide efficient year round background heating, so transforming the experience of living in the Castle.  A new purpose made kitchen was installed in one of the restored principal reception rooms to deliver a spectacular result for this West Sussex country retreat. 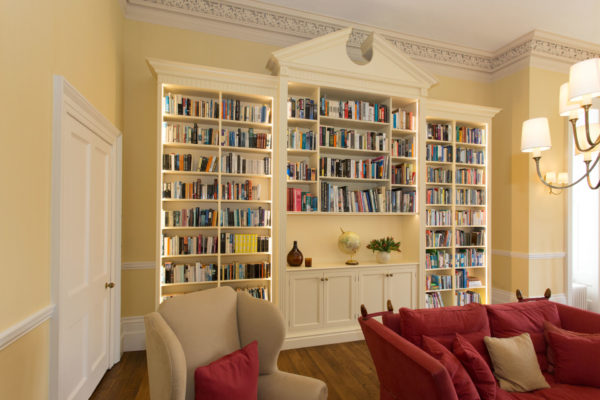