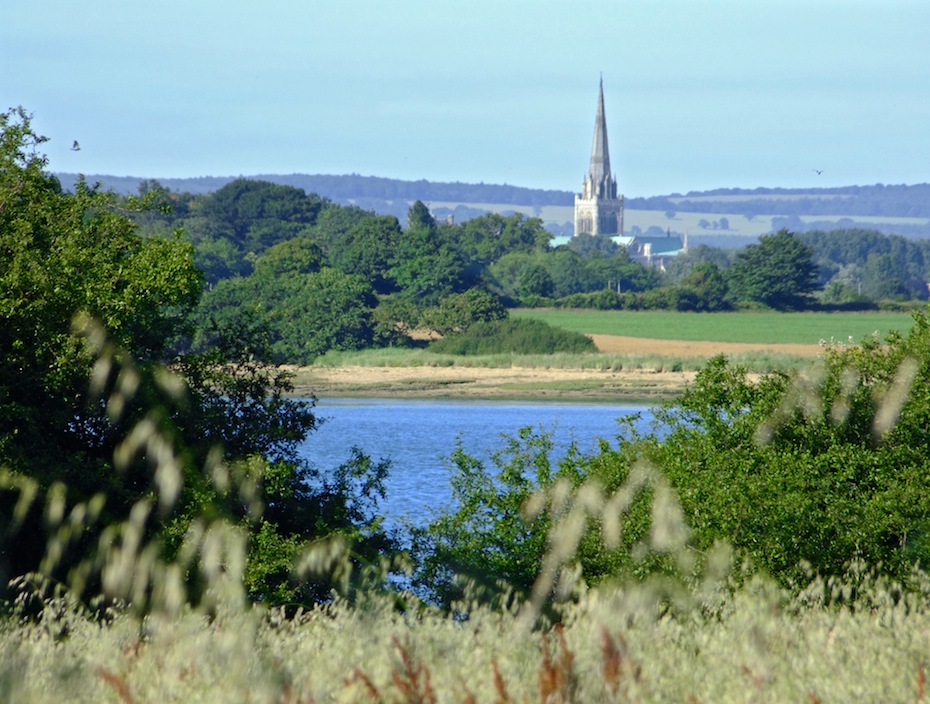 The Best Architecture in Chichester

Chichester is a city steeped in history from the Roman, Mediaeval, Georgian and Modern periods.  The team here at James Wells Architects has a wealth of experience working with listed buildings as well as properties within the SDNP, Conservation Areas, and Areas of Outstanding Natural Beauty.  We’ve asked around the office and discovered the team’s top choices for the Best Architecture in Chichester – our top five historic buildings in the City.  Here’s our architects’ views on local city gems: 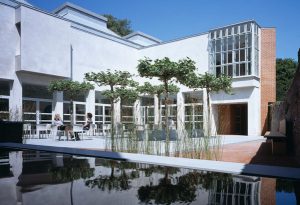 Pallant House Gallery   A stone’s throw from our office this Gallery is a remarkable hybrid: one of the country’s finest examples of domestic town architecture in the Queen Anne townhouse which dates from 1712, adjoined by an award winning contemporary wing, designed by Long & Kentish architects in association with Colin St John Wilson, who donated his private art collection to the Gallery.  The new gallery reopened as Pallant House Gallery in 2006.

The Gallery hosts a first-class programme of regularly-changing exhibitions which complement its outstanding collections of modern British art.  There’s the delightful Pallant Restaurant and Café as well as the beautiful courtyard space, perfect for enjoying a refreshing Prosecco on a Summer’s evening.

Chichester Festival Theatre is probably the most interesting building locally.  Originally designed by Powell & Moya the theatre opened its doors in 1962 and was first thrust stage to be built in the UK in 450 years.   The concrete frame and steel tensioned roof give uninterrupted views of the stage from all angles. In 2012 Architects Haworth Tompkins completed a major restoration and renewal of the Grade 2* listed Chichester Festival Theatre, incorporating a carefully remodeled auditorium, bigger foyer spaces, an improved parkland setting and a new back of house extension. 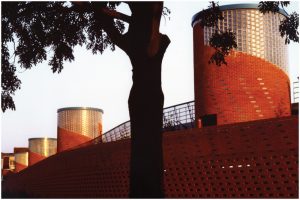 Avenue de Chartres Car Park  Designed and won in competition by Birds Portchmouth Russum Architects and built in 1991, this municipal car park has won an RIBA Award and Civic Trust Award amongst others.  The 900 space car park is located facing Chichester’s medieval wall and Cathedral. A new city wall supports an elevated tree lined walkway which screens the multi-deck car park. The new city wall, like the medieval wall, re-establishes the edge of the city and forms the new western approach and entrance portal into Chichester. 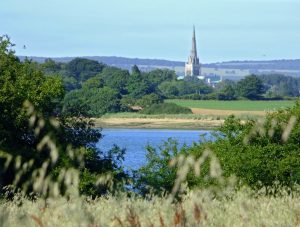 Chichester Cathedral, consecrated by Bishop Ralph Luffa in 1108, has fine architecture in both the Norman and the Gothic styles.  It has been called by architectural historian Nikolaus Pevsner “the most typical English Cathedral”.  The cathedral contains two rare medieval sculptures, and many modern art works including a John Sutherland tapestry and Marc Chagall stained glass.

The spire of Chichester Cathedral, rising above its green copper roof, can be seen for many miles across the flat meadows of West Sussex and is a landmark for sailors, Chichester being the only medieval English Cathedral which is visible from the sea. 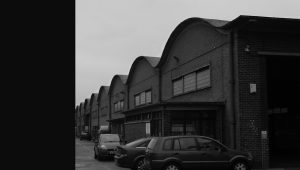 Chichester Bus Garage was built for Southdown Motors in 1956.  The Architect, Clayton & Black, specialised in public houses, building them in almost every town between Brighton and Portsmouth between 1925 and 1950.  The structural engineers were R Travers Morgan & Partners of London.  One of the main points of interest in the building is a brilliant early provincial example of an usually thin shell pre-stressed concrete roof providing a clear span and unobstructed floor space.  The garage is in the Chichester City conservation area.

Other buildings of note which did not quite make this list include:  The Cross, Crown & County Hall, Minerva Theatre, WSCC County Library, House of Fraser, General Post Office, Russell & Bromley.

When researching this article, we looked at the very helpful and extensive resource on Chichester’s 20th Century Buildings, this was particularly helpful with the Bus Garage and Avenue de Chartres Car Park which are not featured extensively online.

We would like to credit and thank both Nevil Hopkins and Colin Hicks for their knowledge and expertise.  Here is the link to their website http://colin-hicks.com/chichester-20th-century/.

Please get in touch if you have a project you need help with a project or take a look at our other work.